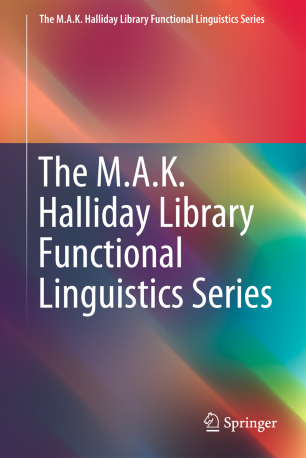 This series focuses on studies concerning the theory and application of Systemic Functional Linguistics. It bears the name of Professor M.A.K. Halliday, as he is generally regarded as the founder of this school of linguistic thought. The series covers studies on language and context, functional grammar, semantic variation, discourse analysis, multimodality, register and genre analysis, educational linguistics and other areas. Systemic Functional Linguistics is a functional model of language inspired by the work of linguists such as Saussure, Hjelmslev, Whorf, and Firth. The theory was initially developed by Professor M.A.K. Halliday and his colleagues in London during the 1960s, and since 1974 it has held an international congress every year at various continents around the world. It is well-known for its application in a variety of fields, including education, translation, computational linguistics, multimodal studies, and healthcare, and scholars are always exploring new areas of application.