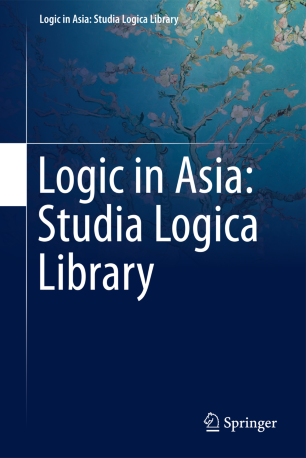 This book series promotes the advance of scientific research within the field of logic in Asian countries. It strengthens the collaboration between researchers based in Asia with researchers across the international scientific community and offers a platform for presenting the results of their collaborations. One of the most prominent features of contemporary logic is its interdisciplinary character, combining mathematics, philosophy, modern computer science, and even the cognitive and social sciences. The aim of this book series is to provide a forum for current logic research, reflecting this trend in the field’s development.

The series accepts books on any topic concerning logic in the broadest sense, i.e., books on contemporary formal logic, its applications and its relations to other disciplines. It accepts monographs and thematically coherent volumes addressing important developments in logic and presenting significant contributions to logical research. In addition, research works on the history of logical ideas, especially on the traditions in China and India, are welcome contributions.

The scope of the book series includes but is not limited to the following:

• Proceedings of conferences held in Asia, or edited by Asian researchers.

• Anthologies edited by researchers in Asia.

• Research works by scholars from other regions of the world, which fit the goal of “Logic in Asia”.

This book series is also a sister series to Trends in Logic and Outstanding Contributions to Logic.

For inquiries and to submit proposals, authors can contact the editors-in-chief Fenrong Liu at fenrong@tsinghua.edu.cn or Hiroakira Ono at ono@jaist.ac.jp.