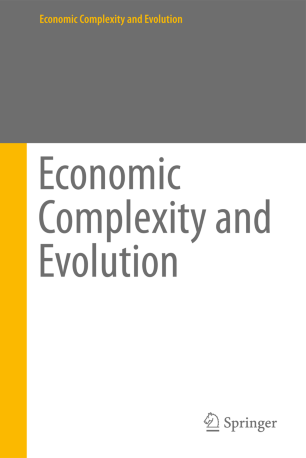 Research on the dynamics and evolution of economies and their subsystems has increasingly attracted attention during the past three decades. Micro-level activities related to innovation, imitation, adoption and adaptation are sources of often important impulses for abrupt as well as continuous, local as well as generic, systemic as well as modular changes in mesoeconomic and macroeconomic structures. These changes driven by selection and co-evolution, by path-dependencies and lock-ins as well as by transitions and jumps in turn feedback to the system’s microeconomic units. Out of this a highly interconnected system of interaction between agents, subsystems and levels of aggregation emerges and confronts researchers with the challenges to grasp, reduce and understand the complexity and her dynamics involved. The series “Economic Complexity and Evolution” addresses this wide field of economic and social phenomena and attempts to publish work which comprehensively discusses special topics therein allowing for a broad spectrum of different methodological viewpoints and approaches.
All titles in this series are peer-reviewed.
This book series is indexed in Scopus.