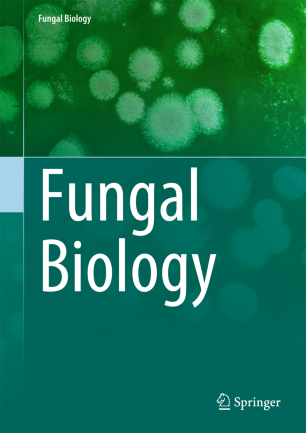 Fungal biology has an integral role to play in the development of the biotechnology and biomedical sectors. It has become a subject of increasing importance as new fungi and their associated biomolecules are identified. The interaction between fungi and their environment is central to many natural processes that occur in the biosphere. The hosts and habitats of these eukaryotic microorganisms are very diverse; fungi are present in every ecosystem on Earth. The fungal kingdom is equally diverse, consisting of seven different known phyla. Yet detailed knowledge is limited to relatively few species. The relationship between fungi and humans has been characterized by the juxtaposed viewpoints of fungi as infectious agents of much dread and their exploitation as highly versatile systems for a range of economically important biotechnological applications. Understanding the biology of different fungi in diverse ecosystems as well as their interactions with living and non-living is essential to underpin effective and innovative technological developments. This series will provide a detailed compendium of methods and information used to investigate different aspects of mycology, including fungal biology and biochemistry, genetics, phylogenetics, genomics, proteomics, molecular enzymology, and biotechnological applications in a manner that reflects the many recent developments of relevance to researchers and scientists investigating the Kingdom Fungi. Rapid screening techniques based on screening specific regions in the DNA of fungi have been used in species comparison and identification, and are now being extended across fungal phyla. The majorities of fungi are multicellular eukaryotic systems and therefore may be excellent model systems by which to answer fundamental biological questions. A greater understanding of the cell biology of these versatile eukaryotes will underpin efforts to engineer certain fungal species to provide novel cell factories for production of proteins for pharmaceutical applications. Renewed interest in all aspects of the biology and biotechnology of fungi may also enable the development of “one pot” microbial cell factories to meet consumer energy needs in the 21st century. To realize this potential and to truly understand the diversity and biology of these eukaryotes, continued development of scientific tools and techniques is essential. As a professional reference, this series will be very helpful to all people who work with fungi and should be useful both to academic institutions and research teams, as well as to teachers, and graduate and postgraduate students with its information on the continuous developments in fungal biology with the publication of each volume.