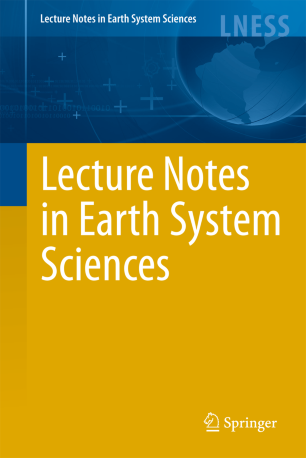 The Lecture Notes in Earth System Science (LNESS) series reports on new developments in research and teaching in the entire field of earth system science: from the focused study of phenomena on the nano and micro-scales to the entire earth system including its early formation, evolution and future status. The series is thoroughly interdisciplinary presenting studies of the litho-, atmo-, hydro- and biospheres and humanities interactions with them. The series publishes: monographs on advanced topics, technical reports of high quality and broad interest and reports of workshops, expeditions and surveys, provided they are of exceptional interest and focused on a single topic. As the name implies, the submission of manuscripts based on advanced courses such as collections of lectures and tutorials, course materials for laboratory and field courses and summer schools is highly encouraged. The Lecture Notes in Earth System Science (LNESS) is now also the home of Springer Earth Sciences Open Access proceedings. Conference proceedings published in the series are free to read online under the Creative Commons License Agreement whereby the copyright of the contributions remains with the authors.