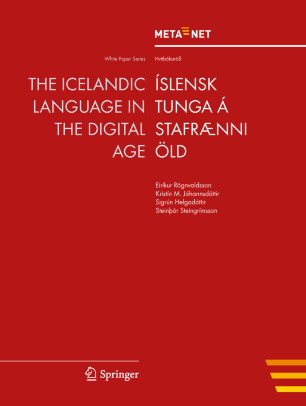 META-NET, a Network of Excellence consisting of 54 research centres from 33 countries, is dedicated to building the technological foundations of a multilingual European information society. META-NET is forging META, the Multilingual Europe Technology Alliance. The benefits offered by Language Technology differ from language to language. So do the actions that need to be taken within META-NET, depending on factors such as the complexity of the respective language, the size of its community, and the existence of active research centres in this area. The META-NET Language White Paper series “Languages in the European Information Society” reports on the state of each European language with respect to Language Technology and explains the most urgent risks and chances. The series will cover all official European languages. While there have been a number of valuable and comprehensive scientific studies on certain aspects of languages and technology, there exists no generally understandable compendium that takes a stand by presenting the main findings and challenges for each language. The META-NET white paper series will fill this gap.