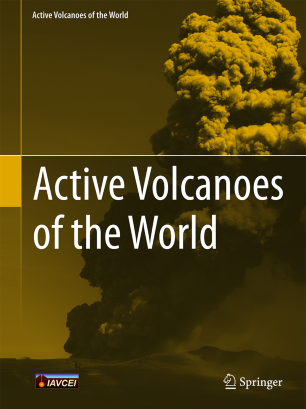 Active Volcanoes of the World

About 500 active volcanoes presently exist on the Earth’s surface, of which around 50 erupt each year. Volcanoes played a crucial role in the evolution of the planet and early life, and are constantly reshaping the morphology of Planet Earth. Many active volcanoes are located in dense settlement areas, with over 500 million people living in close proximity of still active or dormant volcanoes.

On one side, volcanoes provide valuable soil and rock basis for agriculture, but often the "mountains of fire" cause disastrous societal and economical disasters caused by ash clouds, lahars, lava flows, and pyroclastic flows. Eruptions are still difficult to predict, although volcanologists around the world are constantly working on new ways to understand the character and behavior of volcanoes.

Active Volcanoes of the World is an official book series of the International Association of Volcanology and Chemistry of the Earth's Interior (IAVCEI). The series aims to be a scientific library of monographs that provide authoritative and detailed reviews of state-of-the art research on individual volcanoes or a volcanic area that has been active in the last 10.000 years, e.g. the Teide Volcano or the Chiapas Region. The books in the series cover the geology, eruptive history, petrology and geochemistry, volcano monitoring, risk assessment and mitigation, volcano and society, and specific aspects related to the nature of each described volcano.

The Active Volcanoes of the World series contains single and multi-authored books as well as edited volumes. The Series Editors, Dr. Corrado Cimarelli and Dr. Sebastian Müller are currently accepting proposals and a proposal document can be obtained from the Publisher, Dr. Annett Buettner (annett.buettner@springer.com).