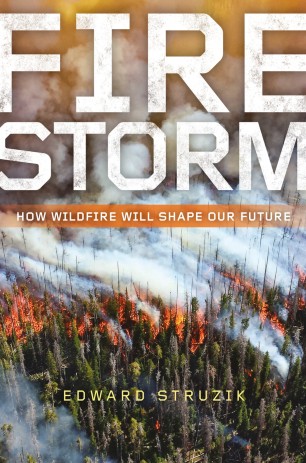 How Wildfire Will Shape Our Future

For two months in the spring of 2016, the world watched as wildfire ravaged the Canadian town of Fort McMurray. Firefighters named the fire “the Beast.” It acted like a mythical animal, alive with destructive energy, and they hoped never to see anything like it again. Yet it’s not a stretch to imagine we will all soon live in a world in which fires like the Beast are commonplace. A glance at international headlines shows a remarkable increase in higher temperatures, stronger winds, and drier lands– a trifecta for igniting wildfires like we’ve rarely seen before.
This change is particularly noticeable in the northern forests of the United States and Canada. These forests require fire to maintain healthy ecosystems, but as the human population grows, and as changes in climate, animal and insect species, and disease cause further destabilization, wildfires have turned into a potentially uncontrollable threat to human lives and livelihoods.

Our understanding of the role fire plays in healthy forests has come a long way in the past century. Despite this, we are not prepared to deal with an escalation of fire during periods of intense drought and shorter winters, earlier springs, potentially more lightning strikes and hotter summers. There is too much fuel on the ground, too many people and assets to protect, and no plan in place to deal with these challenges.

In this book, the author visits scorched earth from Alaska to Maine, and introduces the scientists, firefighters, and resource managers making the case for a radically different approach to managing wildfire in the 21st century. Wildfires can no longer be treated as avoidable events because the risk and dangers are becoming too great and costly. The author weaves a heart-pumping narrative of science, economics, politics, and human determination and points to the ways that we, and the wilder inhabitants of the forests around our cities and towns, might yet flourish in an age of growing megafires.

Edward Struzik has been writing about the Arctic for over twenty-five years. A fellow at the School of Policy Studies, Queen’s Institute for Energy and Environmental Policy at Queen University in Kingston, Canada, his numerous accolades include the prestigious Atkinson Fellowship in Public Policy and the Sir Sandford Fleming Medal, awarded for outstanding contributions to the understanding of science. In 1996 he was awarded the prestigious Knight Science Journalism Fellowship and spent a year at Harvard and MIT researching polar and environmental issues. His 2009 book,The Big Thaw: Travels in the Melting North, focused on the effects of climate change on the Canadian Arctic. He is an active speaker and lecturer, and is frequently interviewed as an expert on Arctic issues. He recently joined the Board of Directors for the Canadian Arctic Resources Committee, a citizens’ organization dedicated to the long-term environmental and social well-being of northern Canada and its peoples. He lives in Edmonton, Alberta.