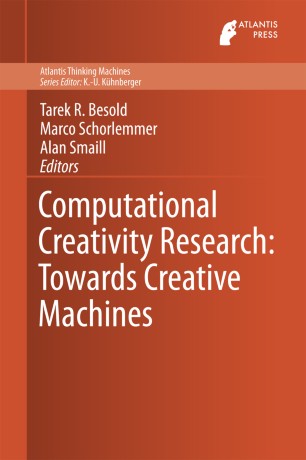 Computational Creativity, Concept Invention, and General Intelligence in their own right all are flourishing research disciplines producing surprising and captivating results that continuously influence and change our view on where the limits of intelligent machines lie, each day pushing the boundaries a bit further. By 2014, all three fields also have left their marks on everyday life – machine-composed music has been performed in concert halls, automated theorem provers are accepted tools in enterprises’ R&D departments, and cognitive architectures are being integrated in pilot assistance systems for next generation airplanes. Still, although the corresponding aims and goals are clearly similar (as are the common methods and approaches), the developments in each of these areas have happened mostly individually within the respective community and without closer relationships to the goings-on in the other two disciplines. In order to overcome this gap and to provide a common platform for interaction and exchange between the different directions, the International Workshops on “Computational Creativity, Concept Invention, and General Intelligence” (C3GI) have been started. At ECAI-2012 and IJCAI-2013, the first and second edition of C3GI each gathered researchers from all three fields, presenting recent developments and results from their research and in dialogue and joint debates bridging the disciplinary boundaries. The chapters contained in this book are based on expanded versions of accepted contributions to the workshops and additional selected contributions by renowned researchers in the relevant fields. Individually, they give an account of the state-of-the-art in their respective area, discussing both, theoretical approaches as well as implemented systems. When taken together and looked at from an integrative perspective, the book in its totality offers a starting point for a (re)integration of Computational Creativity, Concept Invention, and General Intelligence, making visible common lines of work and theoretical underpinnings, and pointing at chances and opportunities arising from the interplay of the three fields.