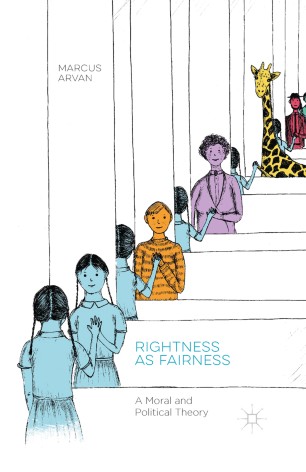 A Moral and Political Theory

Moral philosophy today is marked by profound, systematic disagreement. In Rightness as Fairness, Marcus Arvan argues that the field of moral philosophy must adapt scientific principles in order to move closer to discovering moral truth. Arvan argues that our best empirical evidence and natural observation reveal morality to be a type of prudence requiring us to act in ways that our present and future selves can rationally agree upon across time. Arvan shows that this agreement between our present and future selves - Rightness as Fairness - is fundamentally a matter of being fair to ourselves and to others, including animals. Further, the Four Principles of Fairness comprising this agreement reconcile several opposing moral and political frameworks, including libertarianism and egalitarianism. Rightness as Fairness provides a uniquely fruitful method of 'principled fair negotiation' for resolving applied moral and political issues that requires merging principled debate with real-world negotiation.

Marcus Arvan is Assistant Professor of Philosophy at the University of Tampa, US. He works primarily in ethics and social-political philosophy, as well as metaphysics and philosophy of science. His work has appeared in various journals including Journal of Ethics and Social Philosophy, Philosophical Psychology, and The Philosophical Forum.

“Marcus Arvan’s Rightness as Fairness: A Moral and Political Theory is a recent work in normative ethics that makes an interesting and worthwhile contribution to the field … . It is written in an analytical style, its position is clear and its arguments are structured and expressed well throughout the text. … I would especially recommend it to readers interested in normative ethics and instrumentalism.” (Liam Moore, Res Publica, Vol. 23, 2017)
Buy options