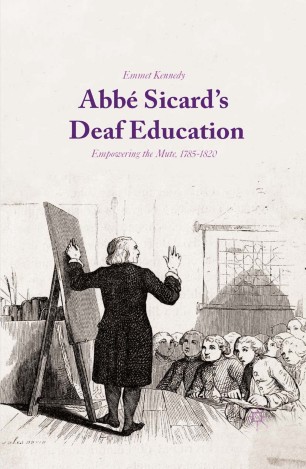 Abbé Sicard was a French revolutionary priest and an innovator of French and American sign language. He enjoyed a meteoric rise from Toulouse and Bordeaux to Paris and, despite his non-conformist tendencies, he escaped the guillotine. In fact, the revolutionaries acknowledged his position and during the Terror of 1794, they made him the director of the first school for the deaf. Later, he became a member of the first Ecole Normale, the National Institute, and the Académie Française. He is recognized today as having developed Enlightenment theories of pantomime, "signing,' and a form of "universal language" that later spread to Russia, Spain, and America. This is the first book-length biography of Sicard published in any language since 1873, despite Sicard’s international renown. This thoughtful, engaging work explores French and American sign language and deaf studies set against the backdrop of the French Revolution and Napoleon.