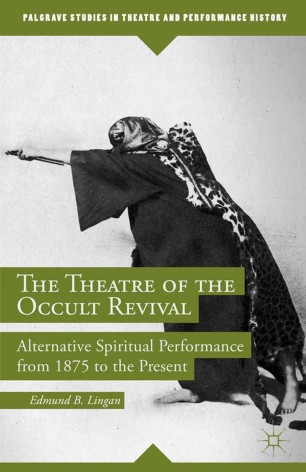 The Theatre of the Occult Revival

Alternative Spiritual Performance from 1875 to the Present

This book explores the religious foundations, political and social significance, and aesthetic aspects of the theatre created by the leaders of the Occult Revival. Lingan shows how theatre contributed to the fragmentation of Western religious culture and how contemporary theatre plays a part in the development of alternative, occult religions.

Edmund B. Lingan is Interim Chair and Associate Professor of the Department of Theatre and Film at The University of Toledo, USA.

“The Theatre of the Occult Revival provides a thorough and engaging review of the relationship between new religious movements and the dramatic theatre since the late nineteenth century. While the primary audience for the book is clearly scholars and students of theatre and religion, the insights that Lingan provides into the relationship among these movements and the Symbolist theatre make the book a significant contribution to the general study of late-nineteenth- and early-twentieth-century theatre.” (Kurt Taroff, Theatre Journal, Vol. 68 (1), March, 2016)