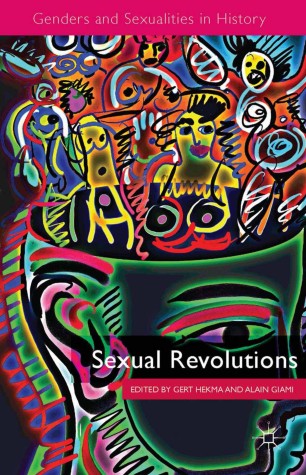 Sexual Revolutions explores the sexual revolution of the late twentieth century in several European countries and the USA by engaging with themes from sexual freedom and abortion to pornography and sexual variation. This work discusses the involvement of youth, feminism, left, liberalism, arts, science and religion in the process of sexual change.

Gert Hekma is Lecturer at the Department of Sociology and Anthropology at the University of Amsterdam, Netherlands. His research is on the sociology and history of homo/sexuality. He wrote numerous articles and edited many books on those subjects, most recently A Cultural History of Sexuality in the Modern Age (2011).

Alain Giami is Research Professor at Institut National de la Santé et de la Recherche Médicale, France where he coordinates a multi-disciplinary group of researchers in the field of sexuality and social sciences. He has been working and writing for thirty years on relations between sexuality, medicine and health in a social context, and wrote many articles and edited books on those subjects in France and Brazil.