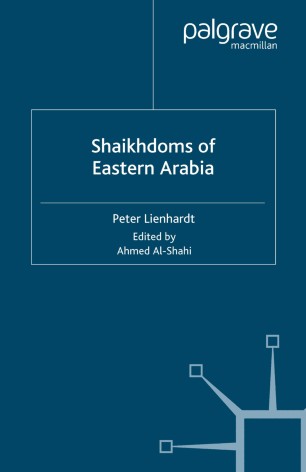 This pioneering study captures the traditional social, economic and political systems of the Arab sheikhdoms of the Gulf. It represents a unique and in-depth insight into the complex and varied cultural patterns of the Arabs, Persians and the people of the East African Coast in the 1950s, before the advent of oil wealth radically altered the style of life and expectations of the people living in these sheikdoms. In a compelling narrative Lienhardt discusses the tribal structure, relations between men and women, the economics of pearl fishing, the growth of towns and the complex relationship between the ruling sheikhs and their subjects. His findings offer a key to the understanding of the political system and the transition from the tribal to the class system. Specialists on the Gulf and Middle East, social historians and anthropologists will find a wealth of new evidence and analysis in this invaluable and accessible combination of history and anthropology.

PETER LIENHARDT (1928-1986) was attached to St Antony's College Oxford, first as a Research Fellow, then Fellow and finally as College Lecturer. From 1962 until his death he was Faculty Lecturer in Middle Eastern Sociology at the Institute of Social Anthropology, Oxford.

'...a fascinating glimpse into a unique cultural adaptation that has been significantly transformed...' - Choice