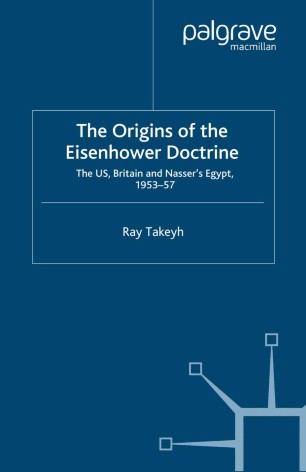 During the Cold War, few regions offered the American policy-makers a greater challenge than the Middle East. The Eisenhower administration's attempt to balance its Cold War requirements with the demands of the new forces of nationalism established the blueprint of America's policy toward the Middle East for the next four decades. In a richly comprehensive account, Dr. Takeyh employs new documentary evidence to reevaluate US policy toward the revolutionary Egyptian regime; the dynamics of the Anglo-American relations; the evolving nature of the Arab-Israeli conflict; and the Suez crisis and the Eisenhower Doctrine.