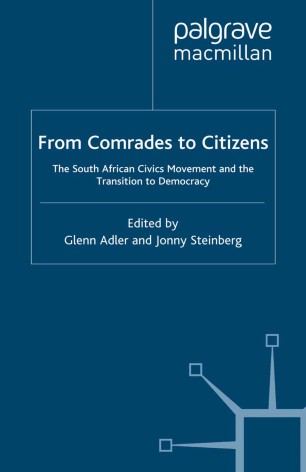 From Comrades to Citizens

The South African Civics Movement and the Transition to Democracy

In the 1980s South Africa's urban townships exploded into insurrection led by youth and residents' organisations that collectively became known as the civics movement. Ironically the movement has been unable to adapt to the role of a voluntary association in the liberal polity it helped create, and has great difficulty defining any alternative role. This volume charts the rise and fall of the movement in the transition to and consolidation of democracy in South Africa.