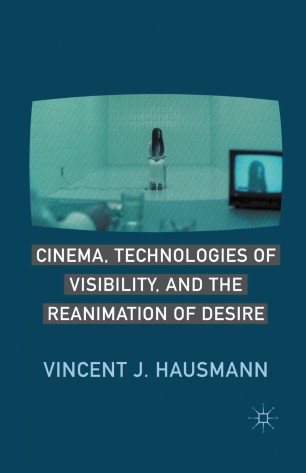 Cinema, Technologies of Visibility, and the Reanimation of Desire

Exploring the dead/alive figure in such films as The Ring, American Beauty , and The Elephant Man , Vincent Hausmann charts the spectacular reduction of psychic life and assesses calls for shoring up psychic/social spaces that transfer bodily drives to language.

"A thrilling maelstrom of critical theory, film and media analysis, and visual cultural studies. In an electrifying descent into the insides of quasi-film genres from melodrama to horror and science fiction, Hausmann brings back a timeless work of film theory at once past, present, and future in its address. An energetic work that resists the paralyses of any given moment, Hausmann's work remains vigorously out of time and place, outstanding in every dimension it enters." - Akira Mizuta Lippit, Chair, Division of Critical Studies, School of Cinematic Arts, University of Southern California"An enduring contribution to film studies. Films, Hausmann argues, rehearse the history of their modes of production via direct allusion to optical technologies. Hausmann reaps uncommon rewards through close and informed reading of visual form." - Tom Conley, Abbott Lawrence Lowell Professor, Departments of Romance Languages and Visual/Environmental Studies, Harvard University