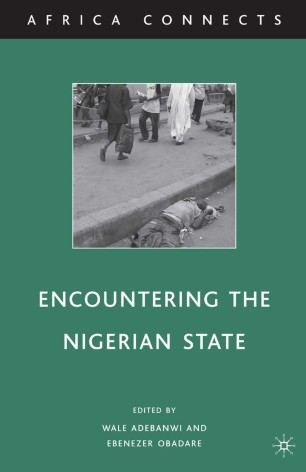 Thisvolume advances extant reflections on the state constituted as the Ur-Power in society, particularly in Africa.It analyzes how various agents within the Nigerian society'encounter' the state - ranging from the most routine form of contact to thespectacular. While many recent collections have reheated the old paradigms - of the perils of federalism; corruption; ethnicity etc, our focus here is on encounter , that is, the nuance and complexity of how the state shapes society and vice-versa.Through this, wedepart from the standard state versus society approach that proves so limiting in explaining the African political landscape.


WADE ADEBANWI is Assistant Professor of African Studies at the University of California, USA.

EBENEZER OBADARE is Assistant Professor of African Studies at the University of Kansas, USA. He is the recipient of the MacArthur Foundation award and considered a rising star in African studies.

"Those looking for standard versions of nascent democratization, the weak or failing state, familiar models of state-society relations, or the liberating and liberalizing effects of civil society should look away! Imaginative, erudite, and thought-provoking, this is the sort of sustained engagement with the space between state and citizens that the study of Nigeria has been crying out for." - David Pratten, Director, African Studies Centre, Oxford University

"How do those who inhabit the often conflicted, turbulent, and chaotic worlds of postcolonial Africa apprehend those, inside and outside of the state, who exercise power to the point of excess or violence? Why has the Nigerian state in particular, occupying such a crucial space in the lives of all Nigerians, seemingly lost its restorative and redemptive powers for the Nigerian masses and middle classes? In their magisterial collection of essays, Adebanwi and Obadare offer some provocative, exciting and often counter-intuitive answers to these and other questions. Here is a book to savor, one which takes the notion of Nigerian lifeworlds very seriously whether in the slumworld of Maroko or on city streets with student protestors. At a moment (once again) when the future of Nigeria seems in question, here is a pathbreaking and foundational collection of essays by a posse of first rate intellectuals and scholars who have much to say about what that future might hold. A tour de force." - Michael Watts, Class of 63 Professor, University of California, Berkeley