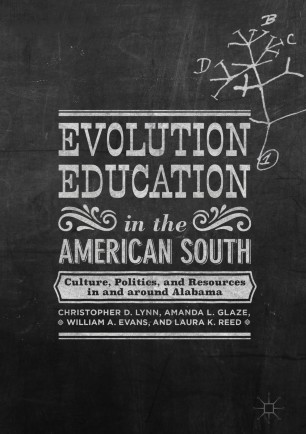 Evolution Education in the American South

Culture, Politics, and Resources in and around Alabama

This volume reaches beyond the controversy surrounding the teaching and learning of evolution in the United States, specifically in regard to the culture, politics, and beliefs found in the Southeast. The editors argue that despite a deep history of conflict in the region surrounding evolution, there is a wealth of evolution research taking place—from biodiversity in species to cultural evolution and human development. In fact, scientists, educators, and researchers from around the United States have found their niche in the South, where biodiversity is high, culture runs deep, and the pace is just a little bit slower.