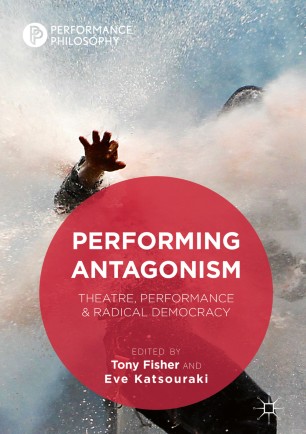 This book combines performance analysis with contemporary political philosophy to advance new ways of understanding both political performance and the performativity of the politics of the street.

Our times are pre-eminently political times and have drawn radical responses from many theatre and performance practitioners. However, a decade of conflict in the Middle East and Afghanistan, the eruption of new social movements around the world, the growth of anti-capitalist and anti-globalisation struggles, the upsurge of protests against the blockades of neoliberalism, and the rising tide of dissent and anger against corporate power, with its exorbitant social costs, have left theatre and performance scholarship confronting something of a dilemma: how to theorize the political antagonisms of our day? Drawing on the resources of ‘post-Marxist’ political thinkers such as Chantal Mouffe and Jacques Rancière, the book explores how new theoretical horizons have been made available for performance analysis.

Tony Fisher is Reader in Theatre and Philosophy at the Royal Central School of Speech and Drama, University of London, UK, where he is the director of studies for the research degrees programme and course leader on MA/MFA Writing for Stage and Broadcast Media. He has published a number of essays on performance, theatre and politics and philosophy.

Eve Katsouraki is Senior Lecturer in Drama and Performance Studies at the University of East London, UK. She is co-editor of the peer reviewed journal Performance Philosophy, Core-Convenor for Performance Philosophy Network International, and Co-Director for the Centre for Performing Arts Development at UEL. Her research concerns the intersections of philosophy and performance, especially in relation to modernism, animals and political performance. She is currently working on a monograph on philosophy, modernism and the theatre director.