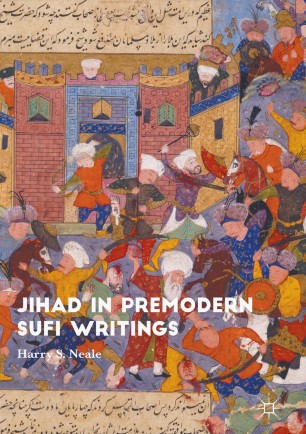 This book is the only comprehensive study in a European language that analyzes how Sufi treatises, Qur’anic commentary, letters, hagiography, and poetry define and depict jihad. Harry S. Neale analyzes Sufi jihad discourse in Arabic and Persian texts composed between the eleventh and seventeenth centuries, providing access to many writings that have hitherto been unavailable in English. Despite the diversity of practice within Sufism that existed throughout the premodern period, Sufi writings consistently promulgated a complementary understanding of jihad as both a spiritual and military endeavor. Neale discusses the disparity between contemporary academic Sufi jihad discourse in European languages, which generally presents Sufis as peaceful mystics, and contemporary academic writing in Arabic that depicts Sufis as exemplary warriors who combine spiritual discipline with martial zeal. The book concludes that historically, Sufi writings never espoused a purely spiritual interpretation of the doctrine of jihad.