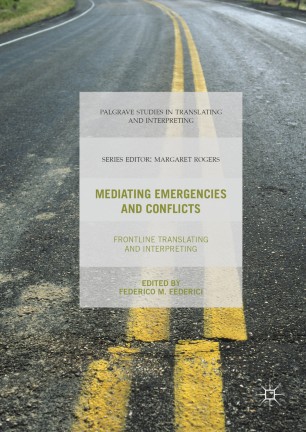 Contributors to this volume discuss different types of emergencies and conflicts and how challenging these multilingual operational environments are for linguists. The growth in reach and number of international relief operations has exposed the limits of current research into these challenges. Evidence in disaster management studies suggests communication remains a major operational issue. This book calls for enhanced focus on the role of translators and interpreters in emergencies by discussing existing research and questions which have emerged from experience in the field. Contributions in this volume undeniably demonstrate the need for multidisciplinary studies in mediating multilingual emergencies. They consider emergencies in hospitals (Cox and Lázaro Gutiérrez), in disaster response (Dogan), in bespoke training to translators in fast-developing crises (O’Brien), and in planning responses in predictably dangerous habitats (Razumovskaya & Bartashova). The volume also illustrates scenarios in which discourse on language mediation shows bias by limiting political dialogues (Al Shehari), by conditioning news reporting (Skorokhod), and by enforcing stereotypical notions of linguists in wars (Gaunt).
Federico M. Federici is Lecturer at University College London, UK. Previously he designed and directed the MA in Translation Studies at Durham University, UK (2008-2014), where he founded and directed the Centre for Intercultural Mediation. He was member of the Board of the European Master's in Translation Network (2011-2014). Among his publications are the book Translation as Stylistic Evolution (2009) and the volume co-edited with Dario Tessicini Translators, Interpreters and Cultural Mediators (2014). His research focuses on the role of translators as intercultural mediators, and on the reception of translated texts.