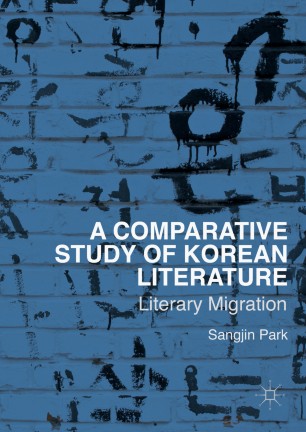 This study in comparative literature reinterprets and reevaluates literary texts and socio-historical transitions, moving between the Korean, East Asian, and European contexts (and with particular reference to the reception of Dante Alighieri in the East). In the process, it reexamines the universality of literary values and reopens the questions of what literature is and what it can do. By close reading of texts, it aims to give exposure to Korean literature, in such a way as to attract more attention to the field of world literature and to focus on what kind of relationship they can form and what new horizon of literariness they can construct in the future. This work will help to put the geography of world literature on a more open and just basis, by showing the porous nature of literary migration and supplying the missing links in the current discourse on world literature.

Sangjin Park received his PhD from the University of Oxford and served as Visiting Professor at Harvard University and University of Pennsylvania. He is now Professor of Italian and Comparative Literature at Busan University of Foreign Studies, Korea, and the author of Semiotics and Theory of Openness (English) and Reading Dante’s Comedy: Universality of Classic and Sensibility to the Other (Korean) among others. Recently he translated Dante’s Comedy and Boccaccio’s Decameron with introduction and notes. He is preparing books on Dante and Comparative Literature.