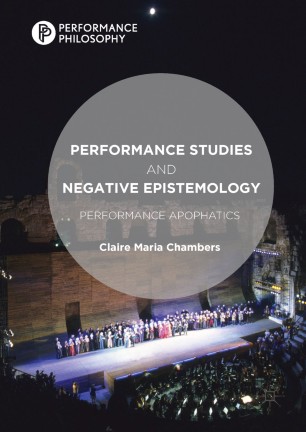 This book explores the intersection between apophaticism - negative theology - and performance. While apophaticism in literature and critical theory may have had its heyday in the heady debates about negative theology and deconstruction in the 1990s, negative ways of knowing and speaking have continued to structure conversations in theatre and performance studies around issues of embodiment, the non- and post-human, objects, archives, the ethics of otherness in intercultural research, and the unreadable and inaccessible in the work of minority artists. A great part of the history of apophaticism lies in mystic literature. With the rise of the New Age movement, which claimed historical mysticism as part of its genealogy, apophaticism has often been sidelined as spirituality rather than serious study.
This book argues that the apophatic continues to exert a strong influence on the discourse and culture of Western literature and especially performance, and th
at by reassessing this ancient form of negative epistemology, artists, scholars, students, and teachers alike can more deeply engage forms of unknowing through what cannot be said and cannot be represented in language, on the stage, and in every aspect of social life.