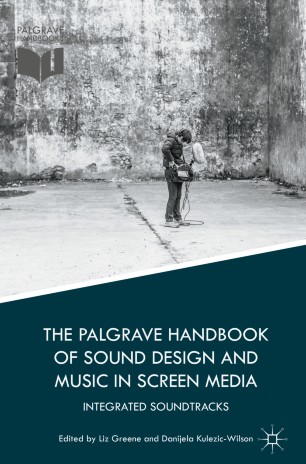 The Palgrave Handbook of Sound Design and Music in Screen Media

This book bridges the existing gap between film sound and film music studies by bringing together scholars from both disciplines who challenge the constraints of their subject areas by thinking about integrated approaches to the soundtrack. As the boundaries between scoring and sound design in contemporary cinema have become increasingly blurred, both film music and film sound studies have responded by expanding their range of topics and the scope of their analysis beyond those traditionally addressed. The running theme of the book is the disintegration of boundaries, which permeates discussions about industry, labour, technology, aesthetics and audiovisual spectatorship. The collaborative nature of screen media is addressed not only in scholarly chapters but also through interviews with key practitioners that include sound recordists, sound designers, composers, orchestrators and music supervisors who honed their skills on films, TV programmes, video games, commercials and music videos.