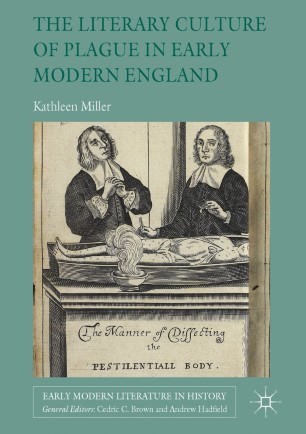 The Literary Culture of Plague in Early Modern England

This book is about the literary culture that emerged during and in the aftermath of the Great Plague of London (1665). Textual transmission impacted upon and simultaneously was impacted by the events of the plague. This book examines the role of print and manuscript cultures on representations of the disease through micro-histories and case studies of writing from that time, interpreting the place of these media and the construction of authorship during the outbreak. The macabre history of plague in early modern England largely ended with the Great Plague of London, and the miscellany of plague writings that responded to the epidemic forms the subject of this book.

Kathleen Miller is Visiting Research Fellow at Queen’s University Belfast, UK. She completed her PhD at Trinity College Dublin, receiving a four-year PRTLI Trinity Long Room Hub Scholarship. She has worked as an adjunct lecturer at the National University of Ireland, Galway, lecturing on the body in Renaissance literature.