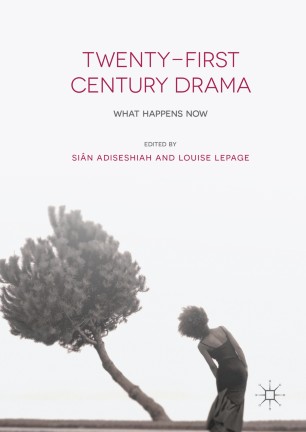 What makes twenty-first century drama distinctive? Which events, themes, shifts, and paradigms are marking its stages? Within this landmark collection, original voices from the field of drama provide rich analysis of a selection of the most exciting and remarkable plays and productions of the new millennium. Kaleidoscopic in scope, Twenty-First Century Drama: What Happens Now creates a broad, rigorously critical framework for approaching the drama of this period, including its forms, playwrights, companies, institutions, collaborative projects, and directors. The collection has a deliberately British bent, examining established playwrights – such as Churchill, Brenton, and Hare – alongside a new generation of writers – including Stephens, Prebble, Kirkwood, Bartlett, and Kelly. Simultaneously international in scope, it engages with significant new work from the US, Japan, India, Australia, and the Netherlands, to reflect a twenty-first century context that is fundamentally globalized. The volume’s central themes – the financial crisis, austerity, climate change, new forms of human being, migration, class, race and gender, cultural politics and issues of nationhood – are mediated through fresh, cutting-edge perspectives.

Siân Adiseshiah is Reader in English Literature and Drama in the School of Humanities at the University of Lincoln, UK. She is a specialist in contemporary theatre and twenty-first century literature, and her previous publications include Twenty-First Century Fiction (co-edited with Rupert Hildyard, Palgrave, 2013), Churchill's Socialism (CSP, 2009) and a variety of book chapters and articles. She is also co-organiser of the biennial international conference series, 'What Happens Now: 21st Century Writing in English'.

Louise LePage is a Teaching Fellow in the Drama and Theatre Department at Royal Holloway, University of London, UK. Her previous publications include articles in journals such as Culture, Language and Representation, Modern Drama and Platform.

“The volume offers fascinating glimpses into current trends in British drama with occasional forays to other English-speaking countries like Australia and the USA, to Japan and mainland Europe.” (Anette Pankratz, Journal of Contemporary Drama in English, Vol. 6 (02), November, 2018)
Buy options