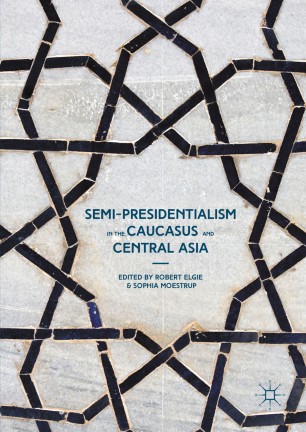 Semi-Presidentialism in the Caucasus and Central Asia

Robert Elgie is Paddy Moriarty Professor of Government and International Studies at Dublin City University, Ireland. He has published numerous books, including Semi-Presidentialism: Sub-types and Democratic Performance (2011). He is the editor of the journal French Politics, which is published by Palgrave Macmillan.

Sophia Moestrup is Deputy Director for the National Democratic Institute’s (NDI) Central and West Africa team in Washington, DC, USA. She has worked on all aspects of the design and implementation of democracy support programs in the region. She has published widely on semi-presidentialism and democratic performance.