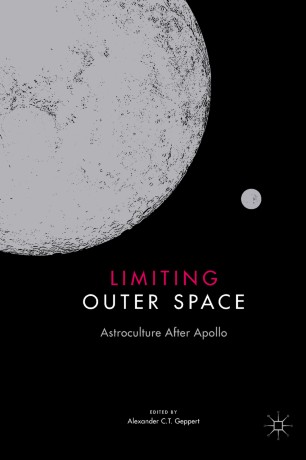 Limiting Outer Space propels the historicization of outer space by focusing on the Post-Apollo period. After the Apollo moon landings, disillusionment set in. With the return of the last astronaut in 1972, the skies – rather than the distant stars – once again became the limit. No longer considered the inevitable destination of human expansion, outer space lost much of the popular appeal, cultural significance and political urgency that it had gained since the end of the Second World War. With the rapid waning of the worldwide Apollo frenzy, the optimism of the Space Age gave way to an era of planetized limits. Bringing together the history of European astroculture and American-Soviet spaceflight with recent scholarship on the 1970s, the thirteen chapters in this cutting-edge volume examine the reconfiguration of space imaginaries from a multiplicity of disciplinary perspectives. Rather than invoking oft-repeated narratives of Cold War rivalry and an escalating Space Race between East and West, Limiting Outer Space breaks new ground by exploring a hitherto underrated and understudied decade, the Post-Apollo period.

Alexander C.T. Geppert is Associate Professor of History and European Studies and Global Network Associate Professor at New York University Shanghai as well as NYU’s Center for European and Mediterranean Studies in New York City. From 2010 to 2016 he directed the Emmy Noether research group ‘The Future in the Stars: European Astroculture and Extraterrestrial Life in the Twentieth Century’ at Freie Universität Berlin.

“The scholarship is generally good, and the case studies are well chosen … . this volume also celebrates the paradoxes of the 1970s, when idealism, power politics, and commercial savvy were seamlessly connected.” (David Baneke, Isis, Vol. 110 (3), September, 2019)

“This ambitious publication program opens up new vistas in the cultural history of the space age, moving outward from accounts that prioritize the rivalry between the United States and the Soviet Union. … This is a book worth reading and rereading, depending upon your interests. It convinces that our understanding of the ways in which the brief, forceful projection of human beings into outer space matters has often been too limited. Limiting Outer Space … is a powerful re-survey of territory that might seem over-explored.” (De Witt Douglas Kilgore, Science Fiction Studies, Vol. 46 (3), November, 2019)

“An excellent collection of essays which encompasses a wide sweep of the impact of space research and space dreams on the cultural landscape of society as a whole, beyond the limiting technological confines within which the enterprise is usually examined. … The entire book is a thoroughly worthwhile thought-provoking read.” (Barry Kent, The Observatory, Vol. 139 (1270), June, 2019)

“All three volumes are highly recommended to those interested in how space exploration has affected culture and vice versa. I expect astroculture to grow in importance, both as a cultural phenomenon and as an area of study.” (Steven J. Dick, Former NASA Chief Historian and Library of Congress Baruch S. Blumberg Chair)

“Limiting Outer Space illustrates the rich possibilities of seeing spaceflight and astroculture as integral components of the pivotal decade of the 1970s. Representing an array of disciplines and geographies, the authors in this volume collectively complement and amend previous understandings of the cultural and geopolitical transitions of the age. Highly recommended for its broad scope and well crafted essays!” (Emily S. Rosenberg, University of California, Irvine, USA)

“This is a highly original volume on the surprising lull in space exploration during the crisis-ridden 1970s. The particular value of its multinational chapters lies in their transdisciplinary investigation of how the end of the Apollo moon landings coincided with a growing disillusionment of space imaginaries during the onset of globalization.” (Konrad H. Jarausch, University of North Carolina, Chapel Hill, USA)

“For ages, mankind envisioned venturing to the moon. Surprisingly, once that vision was realized, popular fascination with spaceflight vanished quickly. The stars became disenchanted, and Spaceship Earth began to mirror itself with thousands of satellites instead. From perspectives as diverse as geopolitics, architecture and law, this intriguing volume outlines continuities and transformations of astroculture during the Post-Apollo era. It offers thought-provoking insights by adding a third dimension to the more than ambivalent 1970s and 1980s.” (Dirk van Laak, Universität Leipzig, Germany)

“This provocative yet deeply researched collection of essays edited by Alexander Geppert reveals the profound connection between the climacteric of manned space flight after Apollo 11 and the onrush of globalization in the 1970s. Pausing after the moon landing in its cosmic quest, humanity, as it were, deepened its global connections; and this book opens up that hitherto unexplored linkage.” (Charles S. Maier, Harvard University, USA)