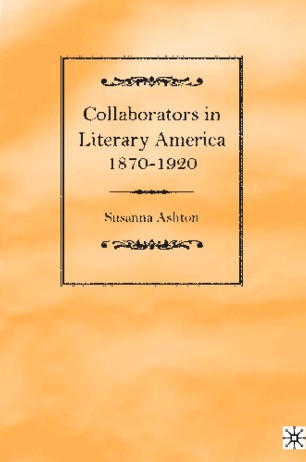 Much has been written recently about the important changes in understandings of authorship and literary labour in the late Nineteenth and early Twentieth centuries. Collaborators in Literary America, 1870-1920 argues that the collaborative novels of this period were instrumental to that reconstruction. More than just a gimmick, these novels (there were dozens published between The Gilded Age (1873) by Mark Twain and Charles Dudley Warner and The Sturdy Oak (1917) by Mary Austin, Kathleen Norris, Dorothy Canfield Fisher, Henry Kitchell Webster, et. al. ) were a serious attempt to work through the anxieties authors faced in an ever more competitive and business-like market. By examining the issues surrounding collaborative production of writers such as Henry James, Mark Twain, and William Dean Howells, Ashton demonstrates that in union there was strength.