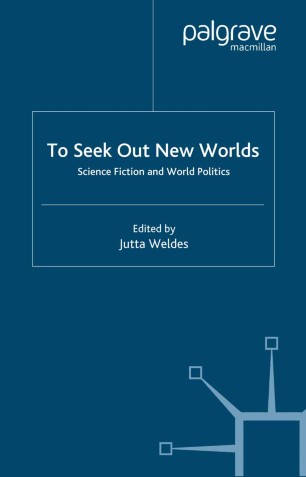 To Seek Out New Worlds

JUTTA WELDES is a Senior Lecturer in International Relations at the University of Bristol. She is the author of Constructing National Interests: The United States and the Cuban Missile Crisis (Minnesota, 1999) and co-editor of Cultures of Insecurity: States, Communities, and the Production of Danger (Minnesota, 1999). She has published Going Cultural: Star Trek, State Action, and Popular Culture (Millennium, 1999) and Globalization is Science Fiction (Millennium, 2001), as well as other articles and book chapters on international relations theory and US foreign policy.