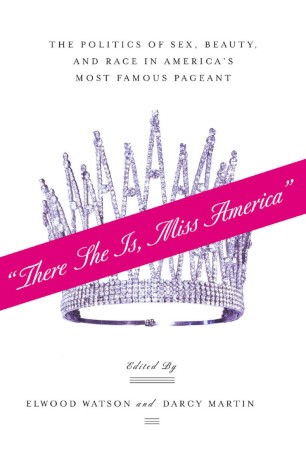 There She Is, Miss America

The Politics of Sex, Beauty, and Race in America’s Most Famous Pageant

While some see the Miss American Pageant as hokey vestige of another era, many remain enthralled by the annual Atlantic City event. And whether you love it or hate it, no one can deny the impact the contest has had on American popular culture-indeed, many reality television shows seem to have taken cues from the pageant. Founded in 1921, the Miss America Pageant has provided a fascinating glimpse into how American standards of femininity have been defined, projected, maintained, and challenged. At various times, it has been praised as a positive role model for young American women, protested as degrading to women by feminists, and shamed by scandals, such as the one caused by the Penthouse photos of Vanessa Williams in 1984. In this first interdisciplinary anthology to examine this uniquely American event, scholars defend, critique, and reflect on the pageant, grappling with themes like beauty, race, the body, identity, kitsch, and consumerism. "There She Is, Miss America" provides a fascinating examination of an enduring American icon.