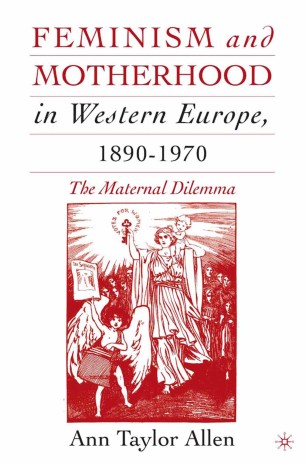 According to Allen, motherhood and citizenship are terms that are closely linked and have been redefined over the past century due to changes in women's status, feminist movements, and political developments. Mother-child relationships were greatly affected by political decisions during the early 1900s, and the maternal role has been transformed over the years. To understand the dilemmas faced by women concerning motherhood and work, for example, Allen argues that the problem must be examined in terms of its demographic and political development through history. Allen highlights the feminist movements in Western Europe - primarily Britain, France, Germany and the Netherlands, and explores the implications of the maternal role for women's aspirations to the rights of citizenship. Among the topics Allen explores the history of the maternal role, psychoanalysis and theories on the mother-child relationship, changes in family law from 1890-1914, the economic status of mothers, and reproductive responsibility.