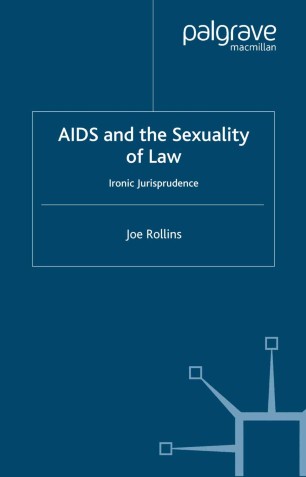 AIDS and the Sexuality of Law

AIDS and the Sexuality of Law investigates the role that HIV/AIDS has played in the legal construction of sexuality. AIDS and its metaphors have been judicially enlisted to patrol the boundaries of heterosexuality, producing flawed understandings of HIV/AIDS and sexuality. The proliferation of this flawed knowledge through judicial discourse has had a profound impact on the way sexuality is understood. Even more fundamentally, closer analysis exposes the ironic processes of the law whereby material reality, ignorance, and belief interact to replace unknowns with 'social facts.' The book concludes optimistically, arguing that there is political value in uncertainty.