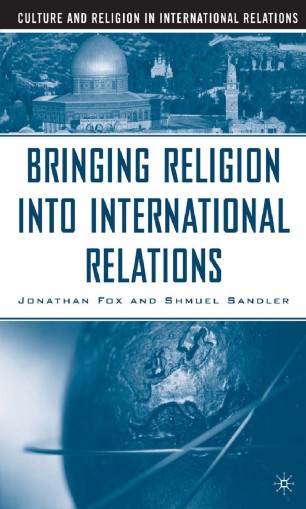 This book has several main themes and arguments. International Relations has been westerncentric, which has contributed to its ignoring religion; while religion is not the main driving force behind IR, international politics cannot be understood without taking religion into account; the role of religion is related to the fact that IR has evolved to become more than just interstate relations and now included elements of domestic politics. The book proceeds in three stages. First, it looks at why religion was ignored by IR theory and theorists. Second, it examines the multiple ways religion influences IR, including through religious legitimacy and the many ways domestic religious issues can cross borders. In this discussion a number of topics including but not limited to international intervention, international organizations, religious fundamentalism, political Islam, Samuel Huntington's 'clash of civilizations' theory, and terrorism are addressed. Third, these factors are examined empirically using both quantitative and case study methodology.