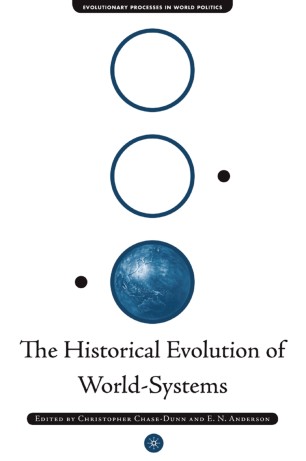 The Historical Evolution of World-Systems

The rise and decline of great powers remains a fascinating topic of vigorous debate. This book brings together leading scholars to explore the historical evolution of world systems through examining the ebb and flow of great powers over time, with particular emphasis on early time periods. The book advances understanding of the regularities in the dynamics of empire and the expansion of political, social and economic interaction networks, from the Bronze Age forward. The authors analyze the expansion and contraction of cross-cultural trade networks and systems of competing and allying political groupings. In premodern times, theses ranged from small local trading networks (even the very small ones of hunting-gathering peoples) to the vast Mongol world-system. Within such systems, there is usually one, or a very few, hegemonic powers. How they achieve dominance and how transitions lead to systems change are important topics, particularly at a time when the United States' position is in flux. The chapters in this book review several recent approaches and present a wealth of new findings.