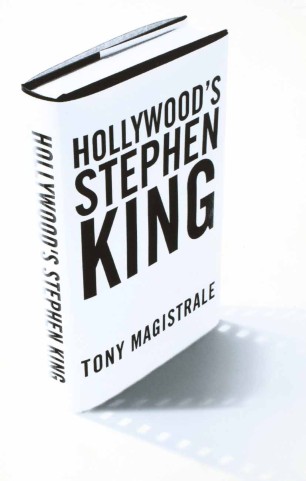 For the past three decades, Hollywood has faithfully adapted much of Stephen King's fiction into film. Of the many major films that have been made, not one has lost money. Part of this may be explained in terms of King's own popularity in American culture; he has been, after all, a best-selling writer since the late 1970s. But more interesting is what this cinematic fascination reveals about postmodern American culture. In the first overview of Hollywood's major cinematic interpretations of Stephen King, Tony Magistrale examines the various thematic, narrative, and character interconnections that highlight the relationships among his films. Opening with a revealing interview with Stephen King, the book takes us through chapters that explore such popular films as Stand By Me, Misery, The Shining, The Green Mile, and The Shawshank Redemption among others.

TONY MAGISTRALE is Professor of English at the University of Vermont. He has taught courses in writing and American literature at the University of Vermont since 1983 when he returned to the United States after a Fulbright post-doctoral fellowship at the University of Milan, Italy. Tony Magistrale has published extensively in the field of Anglo-American Gothicism. His dozen books and many published articles have illuminated the genre's narrative themes, psychological and social contexts, and historical development. He is frequently interviewed in national newspapers and magazines.

"...a useful elucidation of King's work through the skewed lens of Hollywood." - Publishers Weekly

"As the most perceptive of the myriad of critics who have studied Stephen King's canon over the last several decades, Tony Magistrale has a just claim to the title of premier King scholar in America. Now, in Hollywood's Stephen King, Magistrale has written an indispensable addition to the field. Like others before him, Magistrale examines a selection of movies and miniseries adapted from King's fiction or created by King himself, but two factors make Hollywood's Stephen King different from its predecessors: its stylistic lucidity and its literary focus. As always, Magistrale writes in an accessible but contemplative manner, one that allows both devotees and academics to grasp his work. In this study, he uses that style to probe King's most important movies and miniseries for their significance as literary parables that serve as social metaphors. For the most part, Magistrale eschews cinematic theory and technical miscellany; instead, he offers an exceptionally perceptive literary overview of the way Hollywood has interpreted - and misinterpreted - King's fiction.

After a preface that investigates and refutes the notion that King's films are not worthy of serious consideration, Magistrale divides his book into chapters analyzing a selection of those films that center on children, on females, on fathers, on heroes, and on technology. These chapters are bookended by a particularly candid new interview with King and an equally frank chapter on the strengths and weaknesses of King's made-for-television movies. The entire volume is worth reading, but its highlights include astute evaluations of Carrie and Cujo, Apt Pupil, The Dead Zone, The Running Man, The Night Flier, and both the cinematic and TV versions of The Shining. The section on Dolores Claiborne is simply the best analysis I've ever read of that under-appreciated film, and Magistrale is well ahead of most critics in his understanding of the moral implications of King's most somber work, the original teleplay "Storm of the Century." Overall, Hollywood's Stephen King amply confirms Tony Magistrale's position as the dean of King critics. This book is a keeper." - Mary Pharr, editor of Fantastic Odysseys: Selected Essays from the Twenty-Second International Conference on the Fantastic in the Arts

"Finally! Tony Magistrale explores many of the movie versions of Stephen King's works and provides important insights into both the films and the fiction on which they are based. As I read the manuscript, I kept making marginal notes like 'Insightful,' 'Interesting,' and 'Wow. Why didn't I think of that?' Reading Hollywood's Stephen King was a pleasure that brought back pleasant memories of the good film adaptations and explained why so many other adaptations were less successful. Hollywood's Stephen King is an important critical work and one that should be on the shelves of everyone who is interested in King, popular culture, cultural studies, and film." - Carol Senf, professor at The Georgia Institute of Technology

"Novels are novels, and films are films - and when the twain meet, it's a miracle. Tony Magistrale's informed commentary on Hollywood's scattershot (and often scatter-brained) approach to the fiction of Stephen King helps explain why classics like Stand By Me and The Shawshank Redemption can be found on the same shelf as Children of the Corn III and The Mangler. A must-read for King's many fans, as well as screenwriters and producers, and for moviegoers who wonder why so much can be lost in the translation from the page to the screen." - Douglas E. Winter, author of Run and Stephen King: The Art of Darkness