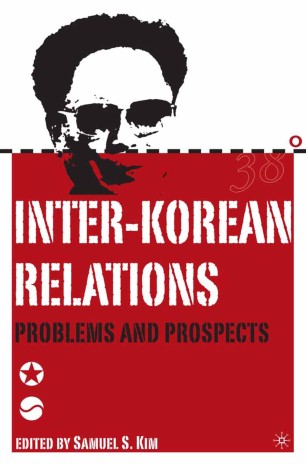 In post-cold War thinking, North Korea was expected to collapse and be absorbed into a single Korean state by the democratic regime in South Korea. Fifteen years later, this has not happened, and June 2000 saw a summit making the warmest inter-Korean relations yet. Over that time period, the two Korean states found instead new mechanisms and methods for interacting with each other on the level of de facto if not yet completely de jure sovereign states and have begun to overcome some of the shadows cast by the partition and violent war that befell the peninsula following World War II. This book examines the origins, dynamics, and impacts of these multi-level relations between North and South Korea, situating them variously as two incomplete nation-states, as a single national entity, and within a larger international environment. The Contributors demonstrate how inter-Korean relations have fostered new forms of conflict management and reconciliation on the peninsula.