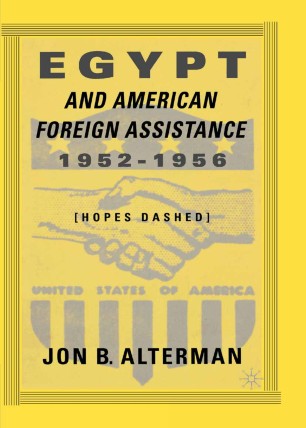 From the ground up the story of missed opportunities, mixed messages, and mutual frustrations in American relations with Egypt at a seminal time. Unprecedented in its drawing on Egyptian official sources, Hopes Dashed sheds new light on the difficulties and challenges of a nascent relationship characterized by missed opportunities, mixed messages, and mutual frustrations. However beneficial the intentions of those on the ground, their desire for Egyptian economic development was stymied by bureaucratic obstacles both in Egypt and the United States. And as Egypt became embroiled in the Cold War, policy decisions increasingly were made at higher levels by officials more concerned with geopolitical and Arab-Israeli issues and less how U.S. assistance could help the domestic political economy of Egypt. Alterman compellingly shows how the interests of both countries diverged to eventually undermine an early American attempt at economic assistance.