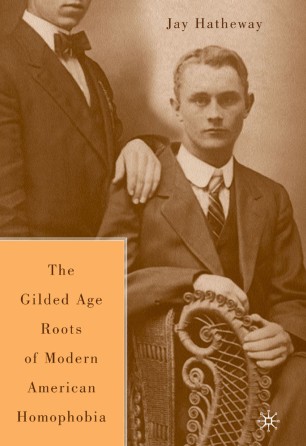 The Gilded Age Construction of American Homophobia is an analysis of the negative response to the discovery of the homosexual in late Nineteenth century America. In this period of social distress, many Americans came to doubt the underlying assumptions of national progress. If the United States were to remain true to its promise of earthly perfection, then the forces of social disharmony had to be overcome. Homosexuality, however, challenged the very notions of order and progress. This book investigates the responses of the emergent medical community to this problem, and concludes with a discussion of how the negative reception of the homosexual impacted the future social conception of gay men and women.

JAY HATHEWAY is Associate Professor and Chair of the History Department at Edgewood College at Madison, Wisconsin. In addition to having authored Guilty as Charged: the True Story of a Gay Beret (2001), he also testified before the Congressional Subcommittee on Military Forces and Personnel in 1993: 'Gays and Lesbian in the Military'.