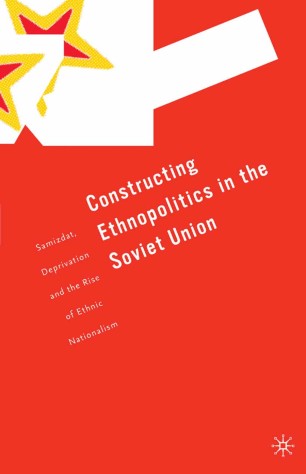 Constructing Ethnopolitics in the Soviet Union: Samizdat, Deprivation, and the Rise of Ethnic Nationalism

The 'nationality question' was long central to Soviet thought and policy, and the failure to provide a convincing answer played a major role in the break-up of the Soviet Union into ethnically or nationally defined states. Zisserman-Brodsky explores various explanations of nationalism and its resurgence through a close and unprecedented examination of dissident writings of diverse ethnic groups in the former Soviet Union, thereby bridging macro-theory with micro-politics. Dissident ethnic networks were a crucial independent institution in the Soviet Union, and a basis of civil society. Voicing the discontent and resentment of the periphery at the policies of the centre or metropole, the dissident writings, known as samizdat highlighted anger at deprivations imposed in the political, cultural, social and economic spheres. Ethnic dissident writings drew on values both internal to the Soviet system and international as sources of legitimation; they met a divided reaction among Russians, with some privileging the unity of the Soviet Union and others sympathetic to the rhetoric of national rights. This focus on national, rather than individual, rights helps explain developments since the fall of the Soviet Union, including the prevalence of authoritarian governments in newly independent states of the former Soviet Union.