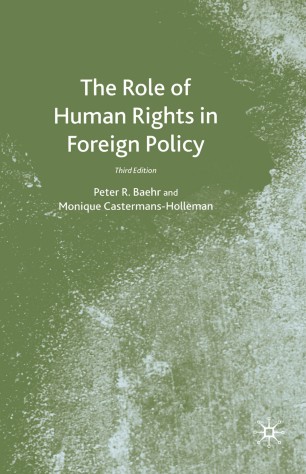 Governments use human rights both as a tool and as an objective of foreign policy. The Role of Human Rights in Foreign Policy analyses conflicting policy goals such as peace and security, economic relations and development co-operation. The use of diplomatic, economic and military means is discussed, together with the role of state actors, intergovernmental organizations and non-state actors.