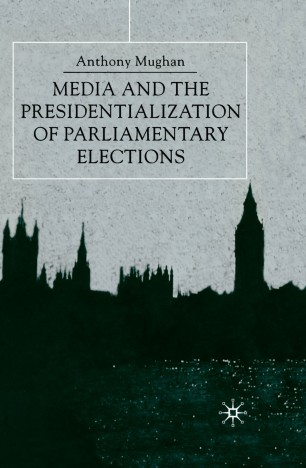 Media and the Presidentialization of Parliamentary Elections

In theory, parliamentary elections are a contest between political parties whose leaders do not have a separate identity from their party in the public eye. This case study of Britain shows that this theory no longer holds; the dynamics of parliamentary elections have become more 'presidential' in the sense that the leaders of the major parties now figure more prominently on both media coverage of the campaign and in the party that voters choose at the polls. The implications for our understanding of parliamentary democracy are discussed.