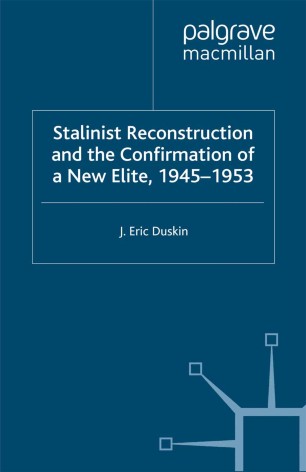 Stalinist Reconstruction and the Confirmation of a New Elite, 1945–1953

Stalinist Reconstruction and the Confrontation of a New Elite, 1945-53 looks at the postwar Stalin era through the eyes of industrial supervisors and offers a picture of the technical intelligentsia's transformation into the Soviet Union's social and political elite. Drawing from archives, newspapers, memoirs, and an array of secondary sources, the book reveals new aspects of the Stalin phenomenon and concludes that, contrary to prior assumptions, the late-Stalin years marked the Soviet Union's passage from the convulsion and disorder of revolution to the routinized professionalization common to most industrial societies.