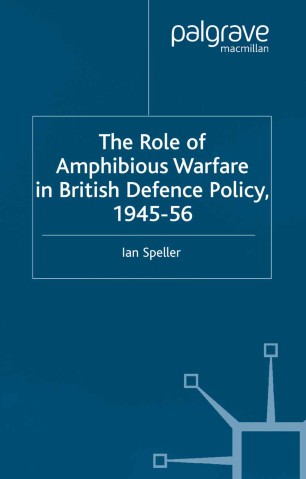 The Role of Amphibious Warfare in British Defence Policy 1945–56

This book breaks new ground as the first full account of the role of amphibious warfare in British strategy between VE Day and the Anglo-French assault on Suez in 1956. Ian Speller analyses the development of postwar strategic planning and the manner in which this influenced the nature of Britain's armed forces in the 1940s and 1950s. By detailing the development of equipment, doctrine and the role of the Royal Marines he sheds new light on the military response to a succession of overseas crises.