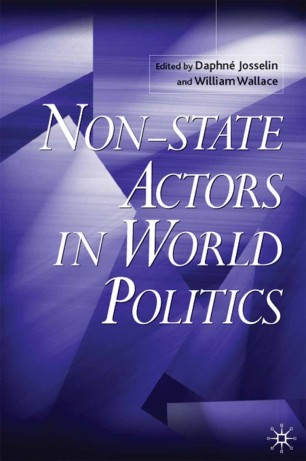 The involvement of non-state actors in world politics can hardly be characterised as novel, but intensifying economic and social exchange and the emergence of new modes of international governance have given them much greater visibility and, many would argue, a more central role. Non-state Actors in World Politics offers analyses of a diverse range of economic, social, legal (and illegal), old and new actors, such as the Catholic Church, trade unions, diasporas, religious movements, transnational corporations and organised crime.