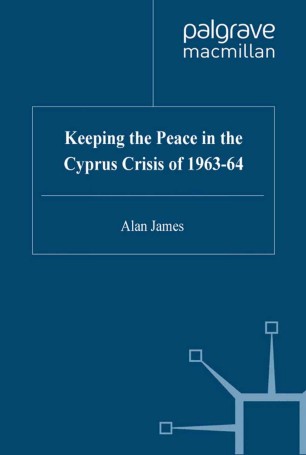 During the Cold War the small state of Cyprus was of great strategic importance to the West. Britain, the United States, and Nato all had valuable installations there; and any armed conflict between Greek and Turkish Cypriots could easily suck two nearby Nato members - Greece and Turkey - into war. When therefore, intercommunal fighting broke out in Cyprus in December 1963, the West was deeply embarrassed. This book examines the consequential efforts of, first Britain, and then the UN, to keep the peace.