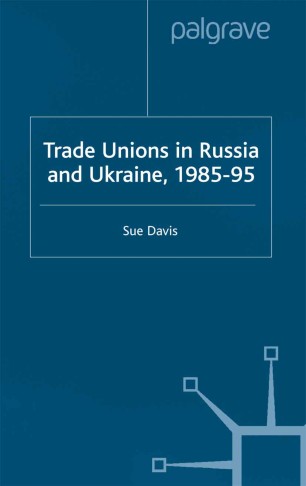 As the Soviet Union collapsed, many scholars and policymakers predicted that the pillars of Communism would collapse along with the state. The official trade unions not only continued to exist but gained power in the late Soviet and post-Soviet period. Sue Davis explains the reasons why the official trade unions survive and thrive and new, independent unions remain small and weak despite massive Western assistance. She examines many factors ranging from state policy to labour power in the late Soviet period as well as the first five years of the post-Soviet era in Russia and Ukraine.