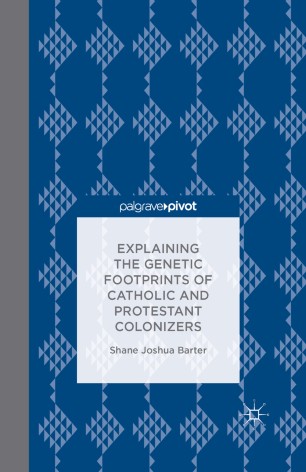 Explaining the Genetic Footprints of Catholic and Protestant Colonizers

This book points out a novel pattern in colonial intimacy - that Catholic colonizers tended to leave behind significant mixed communities while Protestant colonizers were more likely to police relations with local women. The varied genetic footprints of Catholic and Protestant colonizers, while subject to some exceptions, holds across world regions and over time. Having demonstrated that this pattern exists, this book then seeks to explain it, looking to religious institutions, political capacity, and ideas of nation and race.