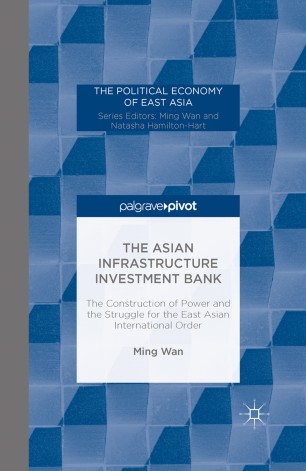 The Asian Infrastructure Investment Bank: The Construction of Power and the Struggle for the East Asian International Order

This book assesses the strategic significance of the Asian Infrastructure Investment Bank (AIIB) by examining the logic of international power and order, historic trends in East Asian international relations, the AIIB's design in comparison to 'rival' financial institutions such as the World Bank and the Asian Development Bank, recent tendencies in Chinese foreign policy, and the Chinese system of political economy. It focuses on how China 'constructs' international arrangements at a critical juncture in history compared to other great powers, especially the United States and Japan. Viewed in isolation, the AIIB does not represent a radical departure from the existing international order; it is a hybrid institution built on China's integration into the West-dominated international structure and conditioned by the global financial market. But the AIIB does draw in part from a different institutional lineage, a different historical root, and a different national system of political economy. In this context, China's greater success will constitute a partial change to the existing international order, whatever the Chinese intention.